You have all heard of Jamie Oliver I’m sure, British Celebrity Chef, sometimes Naked, currently with a small cookbook out? Well, he has been based in America for the last few months filming his ‘Food Revolution’ now in its second season after its successful launch last year. I just happened to tune in on the weekend and am so glad that I did.

It made me angry.

You should watch it. Especially if you have kids.

Basically, Jamie has seen how poor diet has affected children both in the UK and the States (though of course it’s happening here as well), but not just children, to families, and he’s trying to start a revolution. He’s based in the unhealthiest state in America (West Virginia) & is trying to change how the States feed their kids at school – and it is un believable the obstacles he comes up against. The authorities wouldn’t allow him into their schools to film in the cafeterias or even talk to the kids to see what they want. Why is this? All he is trying to do is save kids lives!! He was even threatened with being arrested and had his filming rights rescinded! END_OF_DOCUMENT_TOKEN_TO_BE_REPLACED 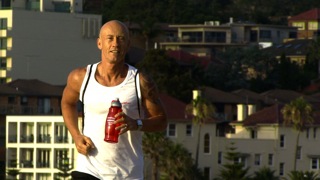