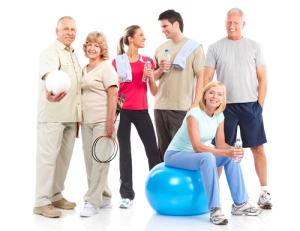 We all know how important exercise is for losing weight, toning up, giving yourself more energy and staying generally healthy. We also know how many people are not doing this, not just here in Australia, but around the western world – look at the obesity rates, its scary stuff. The problem is also that this is now affecting more and more children, who are going to grow up with more health issues than ever before and probably will suffer ‘older’ diseases like a stroke at a much younger age. (Statistics are showing this already in the UK).

The media has been on a good positive push to get people out there to eat healthy and exercise, so that taking a product like IsoWhey as part of a healthy balanced diet,  the weight problem in Australia and around the world can be addressed.

But, exercise, recent research is showing us, is benefiting us so much more than just in the weight department. By introducing exercise to your weekly routine, you should lose the weight you want or get that toned body, but also be prolonging your life – in a healthy way!…for example..

Osteoporosis – this affects 1 in 2 women over 60 and almost as many men. As we age our bones

become weaker, and as we also lose balance control, we may fall causing a fracture, from which it is hard to recover from, especially for the elderly. By putting stress on the bones, through exercise (because the muscles are attached to the bone, so in lifting weight the muscles then stress the bone), research shows that this stimulates our bone building cells and actually strengthens & builds new bone in the microscopic cracks that appear after weight lifting or impact exercise. Exercise is also shown to reduce production of sclerostin, a protein which stunts bone growth. Exercise will help maintain your balance, so you are much less likely to fall, and more toned muscles will protect the body fall situations.

those who had been physically & mentally active since teenagers actually had a larger ‘hippocampus’ (fab name!) – the area of the brain that controls short term memory and cognitive skills. Dr J.Maroon (Prof of Neurosurgery, Pittsburgh University & VP of the American Academy of Anti-Ageing Medicine) says “the benefit of exercise to the brian is huge – preserving brain function and preventing Ahlzeimers. Studies show that exercise increases production of a protein named BDNF, which increases connections between brain cells & actually regenerates new brain cells”

cases could be prevented each year if exercise is added to peoples routine. These are the 2 cancers where most research has been carried out, though benefits are also thought to affect womb cancer as well. The research appears to be based on the fact that such cancers occur much less in people who do a moderate degree of exercise – & you don’t need to be an athlete, even brisk walking, & other cardio options are good, though again resistance training has added benefits.

Researchers say that the reasons however are multi-dimensional, as is cancer itself, but the research is not specific in terms of mechanism. They suggest regarding Breast cancer, physical exercise may lower hormone levels and therefore reduce the risk of tumours, plus improving the immune response.

It is worth noting however that immediately before having cancer treatment (chemotherapy or radiation) may not be the time for vigorous exertion – the Journal of Molecular Cancer research stated that a stress induced protein called ‘shock factor-1‘, while its job is to help tissue (e.g heart tissue) survive in a toxic environment, and cope with stress, it can also come to the aid of breast cancer cells and help them survive – so timing is a a major issue.

However, we do know the problems that being overweight causes and the many other illnesses it effects:-

And Scientists now realise that far from being inactive and dormant pieces of ‘blob’, merely storing

surplus calories for a rainy day, FAT cells are actually active and complex entities, secreting a large number of chemicals and hormones into the bloodstream and throughout the body to vital organs like the liver and brain, effecting a number of bodily functions. By excreting such toxins, these are picked up by the lymphatic system for removal, but this can easily become overloaded, leaving us tired and our immune system challenged.

EXERCISE we know burns fat and uses calories stored there as energy, thereby reducing their size, losing you weight and reduced stress on your organs. But, stats now show that cancer patients who are normal weight, and exercise (post cancer) have a less chance of recurrence plus patients exercising are better able to cope with the side effects of chemotherapy, more able to complete it and lead a better quality of life. Just ask ex federal judge Deirdre O’Connor (71), after 4 cancer operations she felt “unfit, terrible, taking pills & wondering what else would go wrong” but now says “exercise has transformed my life”. She attends twice weekly a ‘Lifestyle Clinic’ at the University of NSW, a place where research is conducted and exercise used as holistic treatment for people with chronic diseases (mentioned above) – all put together by exercise physiologists. 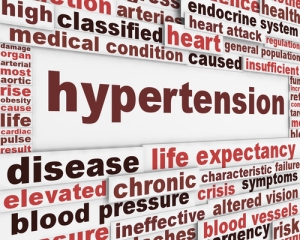 However, I do not recommend just running out and joining a gym here, you are always best consulting your GP, oncologist or accredited exercise physiologist to put you on the right program, especially if elderly you would need monitoring and assessing – after all – it could just save your life!