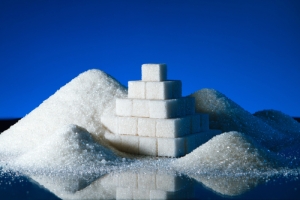 There has been much written about the ‘Sugar Scenario’ over the years, most recently was last week, with the publishing (in the journal ‘Neurology’) of a study from the The Australian National University relating to the effect between blood sugar levels and brain shrinkage, normally more associated with dementia and type 2 diabetes. The part in question is the area of the brain that affects cognitive function and memory.

A total of 249 people were studied over a 4 year period, having had brain scans at the beginning and end of the study. The people in the research did not have diabetes, but were aged between 60-64 and who were the normal (but higher end) range of blood sugar levels, this has not been studied before. Even after they took into consideration, age, smoking, alcohol use and high blood pressure, the conclusion was the same – that people with blood sugar levels of 4 ml – 6.1ml (i.e non-diabetic) were found to have a higher risk of brain atrophy (shrinkage) than would occur with ageing or dementia.

These results may well redefine how Doctors define diabetes and even the whole concept of safe blood sugar levels.

Of course, as always there are two sides to the story, though how balanced these sides are is dubious. On one hand we have experts saying sugar is toxic, a poison that is addictive, it leads to heart disease, diabetes, obesity and even some cancers – some saying it should be treated like alcohol and tobacco – restricted and taxed. We then have other experts who state that there is no definitive scientific evidence to show any of this, and that the anti-sugar brigade are scare-mongers, they say that we actually eat less sugar now than 30 years ago. Hummm, not sure I agree with that, I certainly see ALOT of people (often families) munching away in McDonalds, or any number of fast food joints, the amount of both fast food and processed food has increased exponentially over the last 30 years, I often to into shops looking for a healthy snack and cannot get one – all there is is chocolatechocolatechocolate! 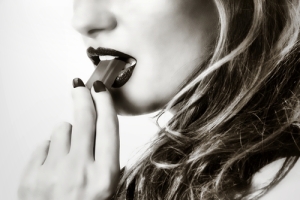 I’m sorry, but I don’t need scientific evidence to know that sugar is bad for me and what it may lead to, I would much rather take a chance, reduce my intake and lower my chance of getting heart disease or diabetes.

But what is sugar?

This question is not as silly as it sounds, as there are different forms/types, but basically..

Sugar is Sucrose: a molecule made up of carbon, hydrogen and oxygen, so it is a carbohydrate (providing energy, calories but NO nutrition to help build or repair the body). Sucrose is actually found in most plants, but namely sugarcane and sugarbeet in an amount worth harvesting. This is commonly known as table sugar, and it is made up of two simpler sugars bound together…

Fructose: found in fruits and some vegetables (e.g onions, apples)

Glucose: (blood sugar) this form is produced by the human body, either via glycogen stored in the muscles or by the liver itself, when required.

The problem when you have too much sugar the liver will whoa – “I need to produce more insulin to cope” – and try to distribute it to all the cells for energy, but of course if you’re not expending energy (i.e exercising) & therefore the body cannot absorb it all, then this glucose will get converted into fat or become a free radical in your system which we know ages us and causes cells to break down.

However, even these experts agree that sugar in a large quantity is not good for us. We know this. If someone e.g an actor needs to gain weight for a role – they will exercise less and eat lots of sugary unhealthy things – result – they stack the kilo’s on. The film is finished, the actor will exercise more, and restrict their calorie and sugar intake, cut out FIZZY DRINKS, chocolate, fast food, white flour, biscuits and so on – result… they lose weight!

Now of course it isn’t always this simplistic, I am generalising to make a point. There are, of course many factors that cause obesity, but here we’re talking about just one (main) component, sugar. I never quite understand the viewpoint that something can’t ‘be’ until it is scientifically proven? – For many years people believed the world to be flat – it is not, it is round –  always has been, but it did not just ‘become’ round once it had been scientifically proven!

There are other elements to base the anti-sugar opinion on. Non communicable diseases such as heart disease, diabetes, obesity even cancers are highest in Western countries which have a high sugar, unhealthy diet and lower in in the countries that don’t. The Inuit people of Northern Canada, at the turn of the 19th Century had virtually no cases of Cancer or diabetes, as their diet became more Westernised, incidencies of these diseases rose dramatically, coincidence? I think not.

The US, UK and Australia have a huge obesity problem that costs the government millions of dollars each year. One problem is that consumption of sugar may not have an immediate effect on us – so much so that we just assume that the way we feel is normal, (unlike tobacco or alcohol where we can feel the effects much quicker), but this does not mean that sugar is not killing us slowly, or at least making us fat slowly, or rotting our teeth slowly – which is exactly how it generally happens, as we age, the spare type grows..taking often years to occur – most people do not have diabetes (type 2), or heart disease in their 20’s – and you do not just ‘acquire’ diabetes in your 50’s, its takes time to take hold, basically from years of unhealthy eating & poor lifestyle choices. That’s why it is so important to get the message across of the importance of reducing sugar intake – with or without scientific proof!

Unfortunately sugar makes things taste nice, it is a pleasure for many to have in their lives, they DO get addicted to it, and it is for these reasons I believe many people don’t want to believe the evidence against sugar, they want to hear that its actually ok to have it – the reality is that sugar is absolutely everywhere & in nearly everything –  and its hard to cut it out of your diet, but to maintain a healthy lifestyle and reduce your chances of getting many diseases, like diabetes, to name but one, you simply have to try to reduce it as much as you are able – otherwise… it could well kill you slowly..

1 thought on “Death by Sugar – Are u slowly killing yourself?…”